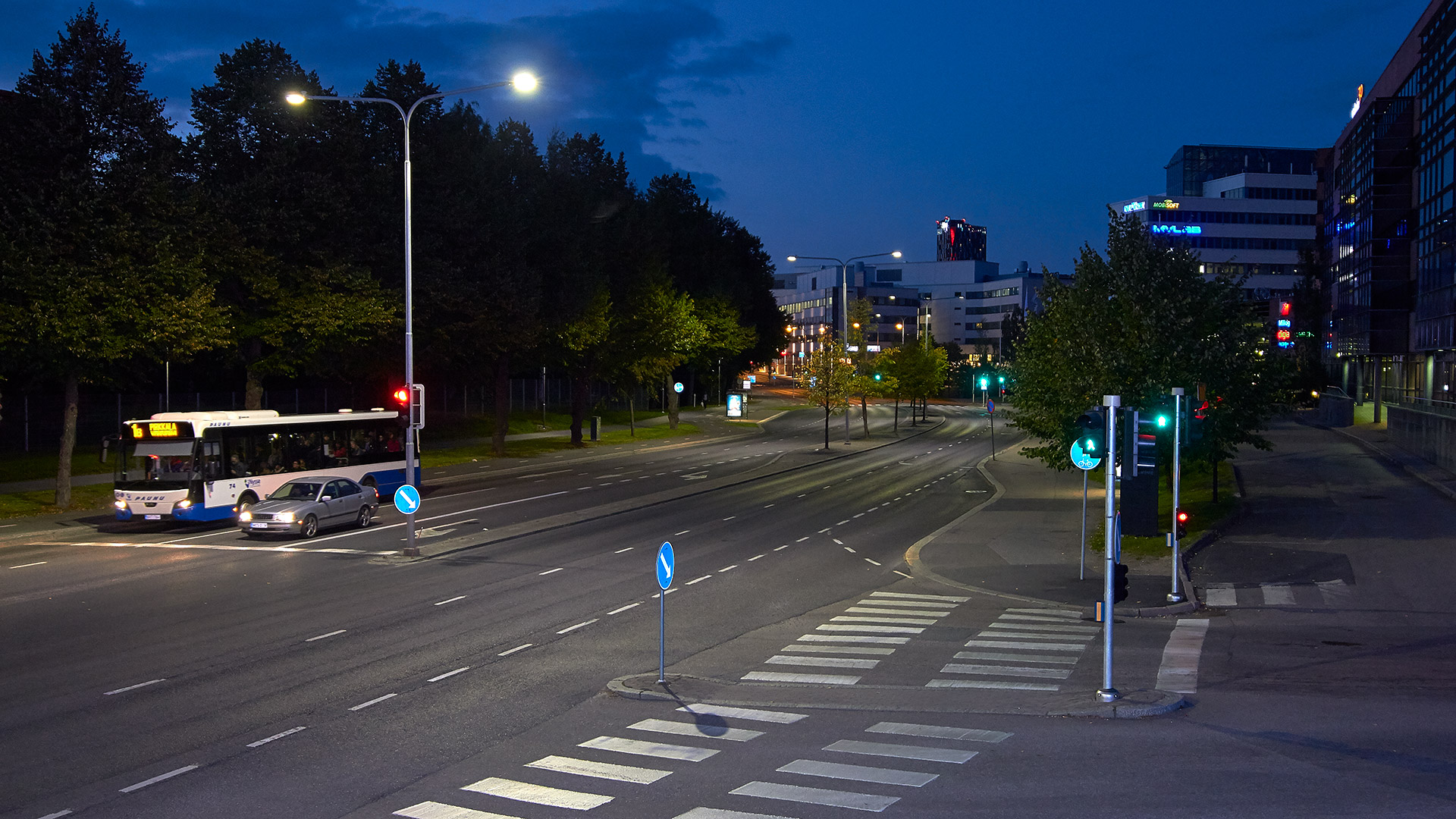 From outside, two street luminaires might seem identical. However, the luminaires could have substantial differences that are not that evident unless you’re a lighting professional.

There are hundreds and hundreds of ways to customise street luminaires and the customisation makes a great difference in the success of a street lighting project. For those involved in the decision-making, it’s a battle between advanced technology, reliability and cost-efficiency. To what extent is customisation reasonable? Will it lead to unreasonable costs or delays in delivery times? In what ways should customisation take place? What are the benefits?

In this article, we address the common ways to customise street luminaires and the benefits of using these strategies. After reading this article, you will understand why customisation is an inseparable part of street lighting modernisation.

Why Is Customisation Important in Street Lighting?

Whether a motorway or a residential street, each street has its unique characteristics. There are always differences in—for example, the amount and type of traffic, the width of the road, pole distance and pole height. This is exactly what customisation is all about: by customising luminaire features, optics and light output, the luminaires are optimised to fit the environment and customer needs in the best possible way.

A few years ago, it was enough for street lighting to fulfil its primary job of illuminating dark driveways as efficiently as possible. Today, however, street lighting is asked to do more than that. Street luminaires are not just luminaires, as they have an important role in Smart City thinking, future strategies and the adoption of IoT technologies in cities and municipalities.

The light output of a luminaire is affected both by the number of LEDs as well as LED driving current. With different combinations of the two, lighting manufacturers offer a variety of luminaire configurations suitable for streets with different lighting classes.

By increasing the LED driving current, the same number of LEDs produces more lumens. While this is an inexpensive way to increase light output, it always affects the lifespan of the luminaires. In any street lighting project, it is important to understand the specific customer needs and motives: which factors does the customer value most, and what can we do to customise our solution for the customer?

LED drivers are programmed to control power to the LED. This method is used to compensate for a natural phenomenon of LEDs called the lumen depreciation, which is the luminous flux lost over time. With CLO (Constant Light Output), the lumens are kept the same for the luminaire’s entire service period. This way, the lighting level of a street will not drop over time. In practice, the luminaire is powered more towards the end of its life cycle to keep the luminous flux constant for the entire service life.

The street lighting classes are an important tool for states, cities and municipalities to ensure the sufficiency of light and the safety of street users. But watts and lumens alone do not tell the entire story about street lighting performance. What matters most is how well the light is distributed.

In short, luminaire optics determine how light is distributed. Optical choices are based on very precise calculations that determine the optimal light distribution in a given setting. There is an immense number of alternative light distributions, and choosing the right one is a precise job. With the right choices of optics, there’s enough light across the road and along the road, while both glare and light pollution are minimised. 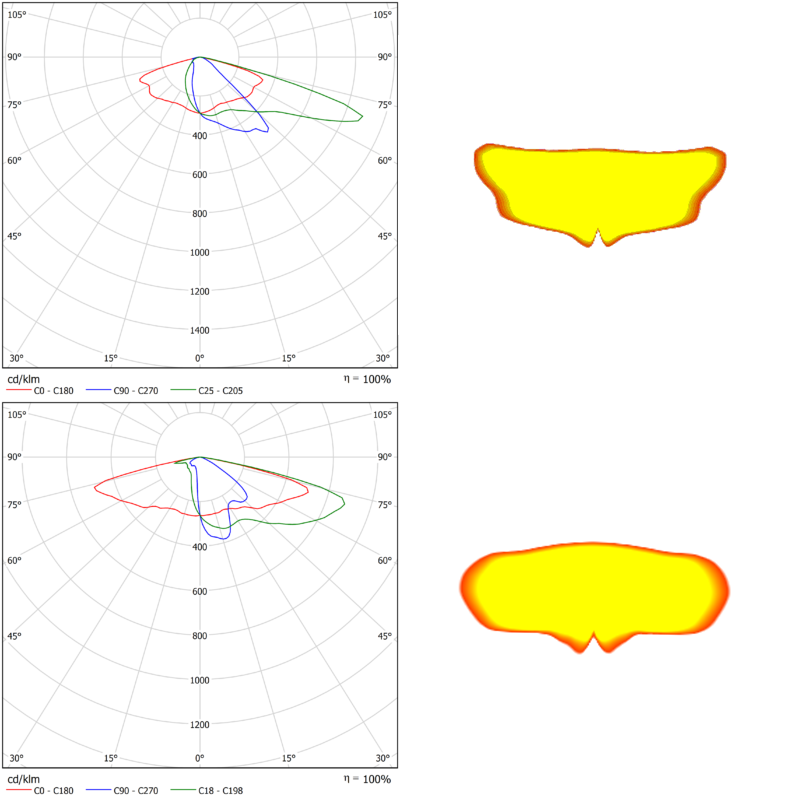 Optical control is also used in creative ways to come up with customised lighting solutions. Light distributions are sometimes combined or, for example, used to illuminate two streets with only one lighting pole. This has been done in cases where the sidewalk behind the pole needs to be illuminated with the same pole as the main street. Some of the lenses of the luminaire have then been turned to illuminate backwards.

Thanks to smart lighting control, cities and municipalities have gained a lot of energy savings and lighting maintenance needs have decreased. On top of the traditional On/Off method, there are various ways to customise how street luminaires brighten, dim, turn on and turn off, from controlling luminaire groups all the way to luminaire-based smart control.

Video: The city of Tartu in Estonia has invested in smart street luminaires that react to an approaching pedestrian by increasing the light levels of the pedestrian crossing. These Sirius luminaires are customised with the IoT-based Lumoflex technology.

Street lighting is currently going through a major shift relating to the emerging concept of Smart City and the interoperability of different systems. Smart lighting control is no longer just about lighting control, but about connecting to other systems and adapting to future needs.

The discussions over IoT applications and Smart City visions are very inspiring and at times, even futuristic. While there are some real-life examples to be seen, many of the cities and municipalities are only at the verge of planning the future. To make things more challenging, the street lighting world has struggled to find a shared standard for IoT sensors in street luminaires. Today, both Zhaga and NEMA sockets are used as the base for IoT technologies.

So how do you prepare for the future, when the future is unknown? Perhaps the best advice is to choose the kind of street luminaires that allow further customisation and on the other hand, do not restrict you from going further. 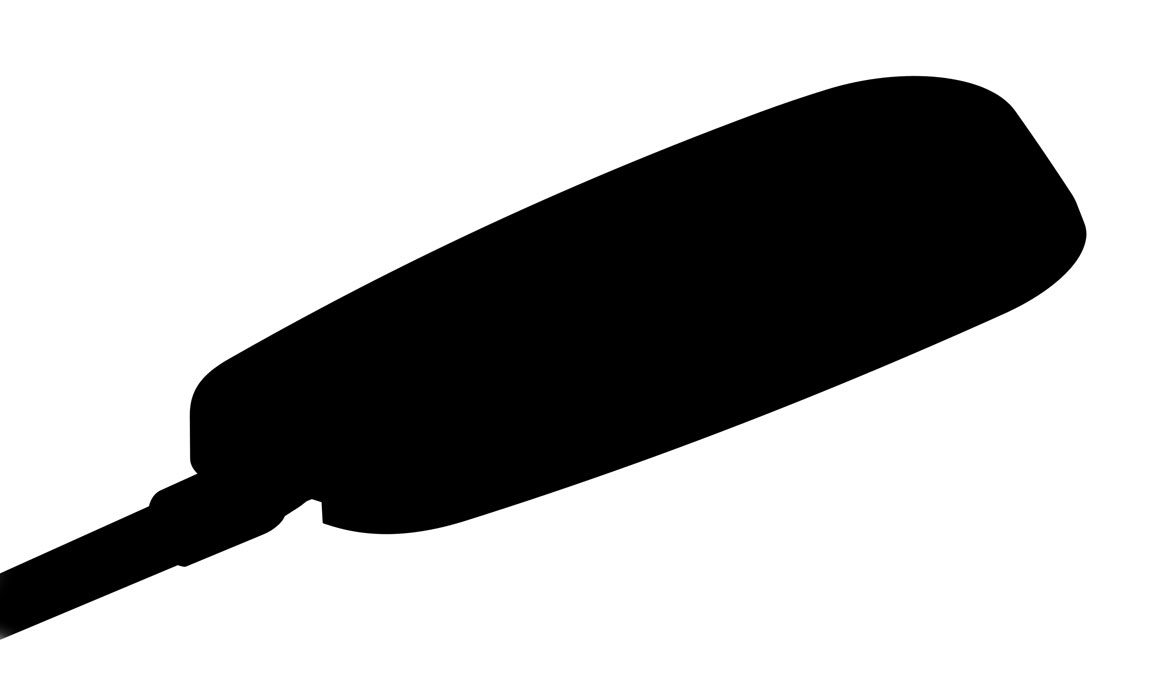 Image: Greenled is launching a new, versatile and future-proof street luminaire in the spring of 2019. With all the power and light distribution options combined, the luminaire has well over a million possible configurations to meet the needs of each street lighting project. The luminaire adapts to future Smart City needs, as it may be equipped with Zhaga and NEMA sockets.

Unlike with illuminating monuments or city attractions, street lighting is rarely considered as something that creates a unique or very distinct look for an area. Instead, street lighting usually calls for clean and coherent looks with a silhouette that is pleasant to look at. 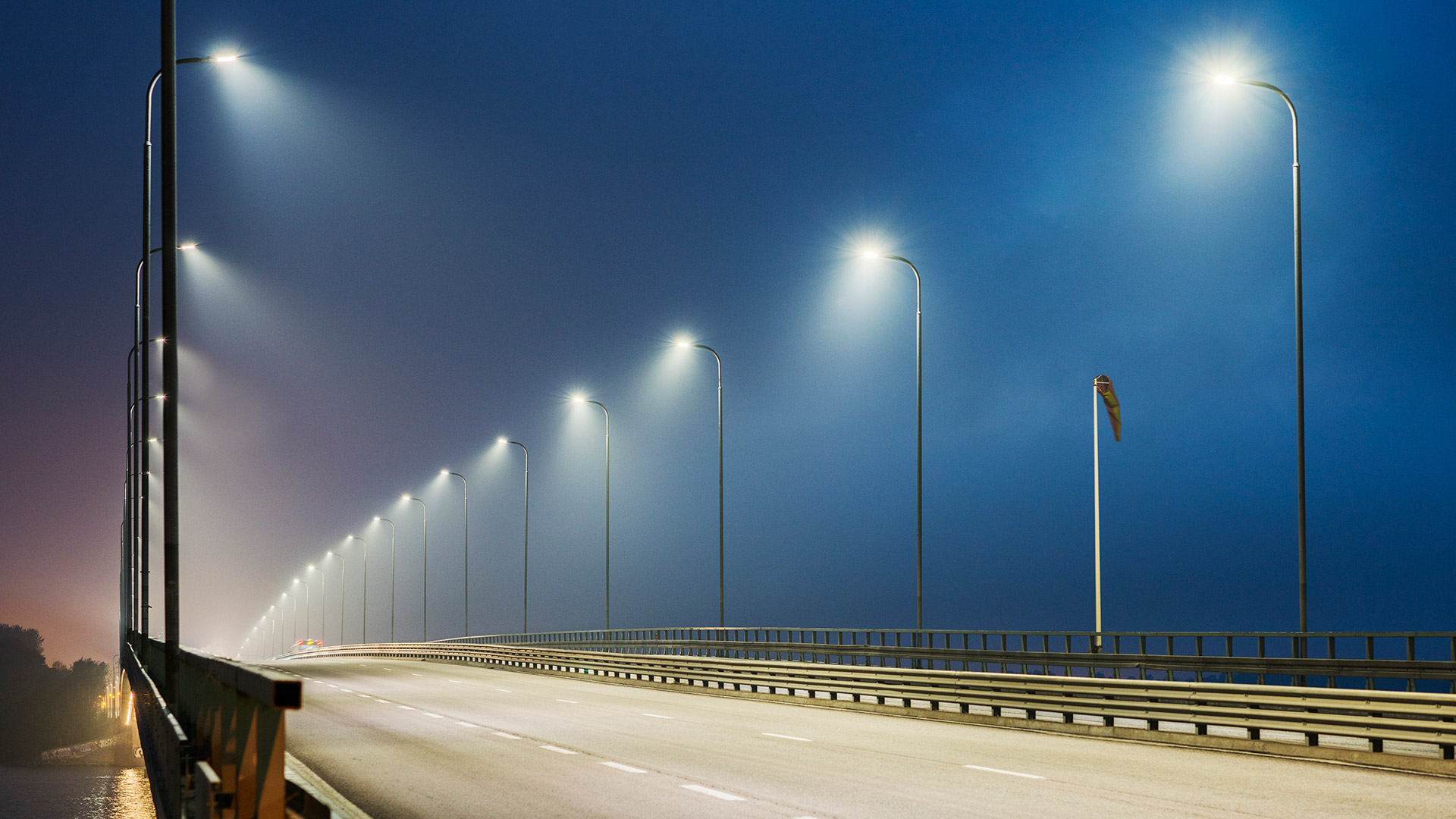 The customisation of street lighting design is, therefore, subtler, but still quite common. As an example, the colour finish of the luminaire body can be customised by choosing any of the RAL colours.

Street Lighting Customisation Is All About Balance

One might think that customisation is very expensive or that it ultimately leads to delays in delivery times. This might well be the case unless the lighting solution supplier is able to react to customer needs. 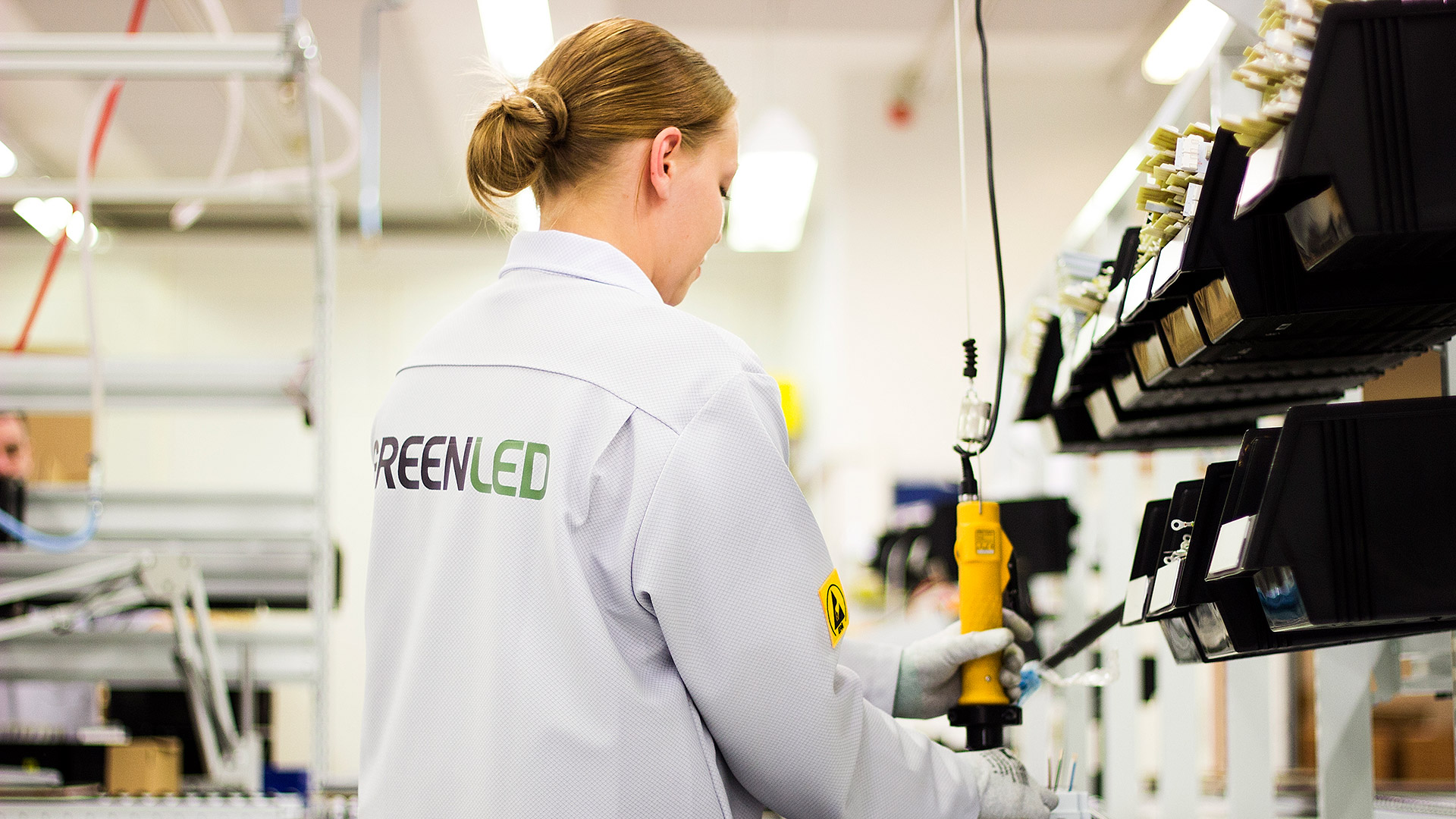 Image: Greenled street luminaires are manufactured at the company’s own factory in Kempele, Finland. Thanks to in-house production and product development, Greenled is able to react and adapt to customer needs.